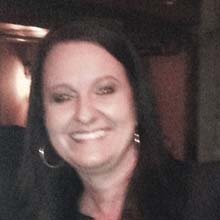 Rosie earned her B.S. in Biology, Minor in Chemistry from the University of Pittsburgh. She has 19 years of clinical trial experience.  Rosie began her career at PPD as a Research Assistant and moved into her first management position at PPD.  She was responsible for the rapid site start-up and ongoing management of enrollment and site regulatory requirements across all therapeutic areas. After 5 years, she left PPD and began her pharmaceutical Sponsor career at Guilford Pharmaceuticals in Baltimore, MD. At Guilford, Rosie was responsible for the overall strategy for execution of clinical trials including the outsourcing needs and overall budget management for all of Research & Development. Guilford was acquired by MGI Pharma.  Post the acquisition, Rosie was chosen to lead the new Clinical Operations team to establish a new set of processes and strategy for the new organization. MGI’s focus was on acute care and oncology. The new organization was very successful and was later acquired by Eisai. During Rosie’s tenure at Eisai, she moved into post-marketing and was responsible for executing Oncology and CNS post-marketing trials. Rosie then joined Teva in 2009, where she was the US site head of Clinical Operations and was responsible for the successful delivery of Inhalation, Women’s Health, and Cardiovascular clinical trials. Rosie joined Lupin in August 2014 to stand up the Clinical Operations Division.  She recently joined Endo Pharmaceuticals in February 2018 as Vice President, Clinical Operations accountable for Clinical Operations, Biometrics, and Medical Writing. She has surrounded herself with highly skilled and energized colleagues and has laid the foundation for a successful clinical operations department. Rosie has been an active contributor to 6 NDAs, 8 SNDAs, and 6 ANDAs.